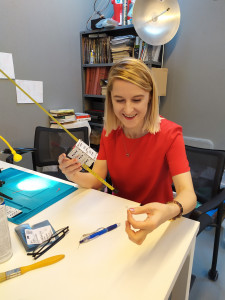 Spain’s URE reports the launch of EASAT-2 and Hades satellites have suffered another delay.

EASAT-2 and Hades, the communications satellites for radio amateurs built by AMSAT-EA, will not be able to be launched in June with SpaceX as planned, as the FAA (the American Aviation Administration) has rejected the license to the integrator Momentus Space, On whose orbital transfer vehicle Vigoride was to be mounted the AlbaPOD ejector from Alba Orbital, within which are the satellites of AMSAT EA, as well as other organizations and universities.

The reasons for the FAA’s rejection stem from the company’s capital structure, which, according to the American agency, could endanger the national security of the United States. The next launch opportunity could come in December.

EASAT-2 and Hades were to have been launched in January this year aboard a SpaceX Falcon-9 rocket, but the Momentus license was also rejected by the FAA at the time.

Both satellites are FM and FSK voice repeaters, also having digitized voice recordings. Hades also incorporates an SSTV camera developed by the University of Brno in the Czech Republic and EASAT-2 incorporates as an experimental load a basaltic material from Lanzarote, similar to lunar basalts, provided by the research group on meteorites and planetary geosciences of the CSIC in the Institute of Geosciences, IGEO (CSIC-UCM) and that it could be used as a construction material on the Moon. This project was promoted and has the collaboration of the ETSICCP (UPM).

The frequencies coordinated with the IARU for both satellites are the following:

Read the May 2021 AMSAT-EA newsletter in English at