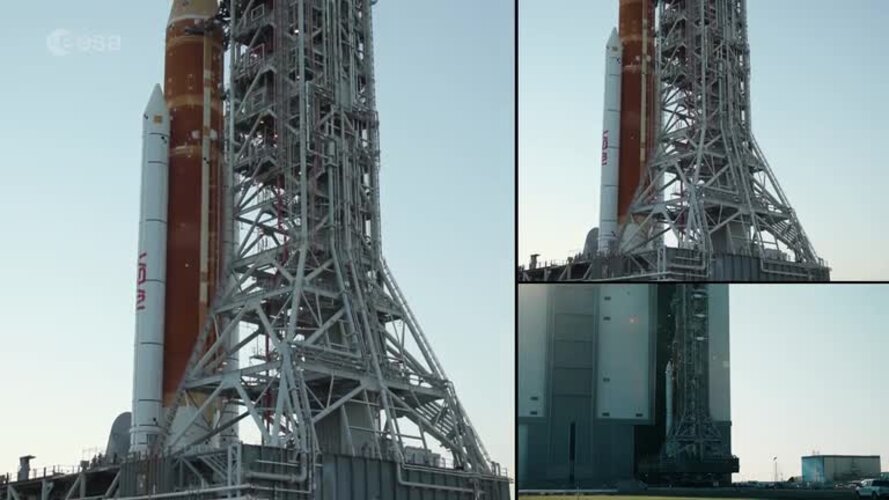 ESA and NASA’s Artemis I spacecraft is cleared for launch after a series of final tests at the US Kennedy Space Center in Florida. ESA’s European Service Module (ESM) will provide electrical power and propel the uncrewed Orion capsule in an extended orbit around the Moon, setting the scene for future crewed missions. ESA has already delivered its second ESM for Artemis II and is currently building its third ESM. Eventually, Artemis III will return astronauts to the lunar surface for the first time in 50 years with the ESM supplying their life support in the form of water, food and oxygen.

ESA is also making a major contribution to the Gateway including refueling and habitation modules and enhanced lunar communications. The Gateway will act as a permanently crewed space station in orbit around the Moon, a thousand times further away than the International Space Station from Earth, ushering in a new era of lunar exploration.